On Friday afternoon, after our first Duke of Edinburgh’s Award expedition of this season finished up, I did some furious unpacking and repacking to get ready for a weekend on Arran. Out came all the soaking wet kit from a rainy practice expedition and I packed running kit for two sunny days in Arran.

I wasn’t disappointed, we had dry and sunny weather, great conditions for running around the mountains, doing another reccy for the season ahead.

First stop was Lamlash and some great trail running over the Clauchlands hills and then west to Glen Cloy and back to Brodick (about 17km). On the way I bumped into an old pal from mybrunning club, Steven Gilligan.  I recognised his running gate from way off. It was good to catch-up and here his plans for running for the summer ahead. Soon after we were on our way again and coasting down some easy trails down to Brodick.

Sunday we decided to head up into the big hills and we zipped up Goatfell in quick time and then onto North Goatfell, enjoying lots of scrambling enroute. 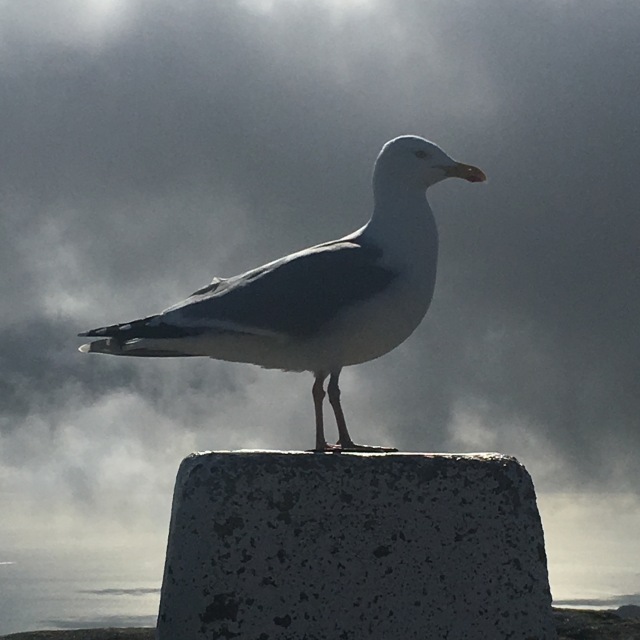 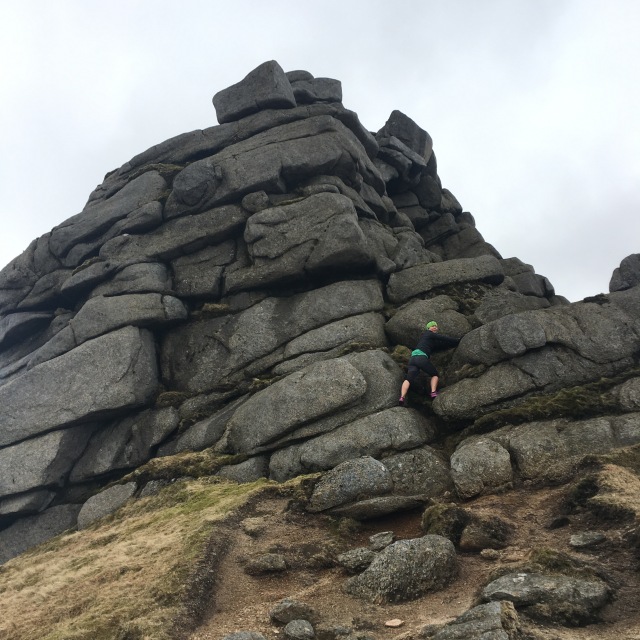 From Goatfell we headed down to the Saddle, the col between Glen Rosa and Glen Sannox. At the Saddle we bumped into Eleanor Birch, Scottish Area Expedition Coordinator. I’ve been meeting folk I know quite a lot on the hill lately. Some chat about DofE routes followed before we headed south down Glen Rosa and the best running of the day. The granite rock makes for dry and grippy paths and we whizzed down the Glen in no time.

Next stop was Home Farm for cheese and ice cream. Then some lazing about in the sun before heading home. Arran is always great! 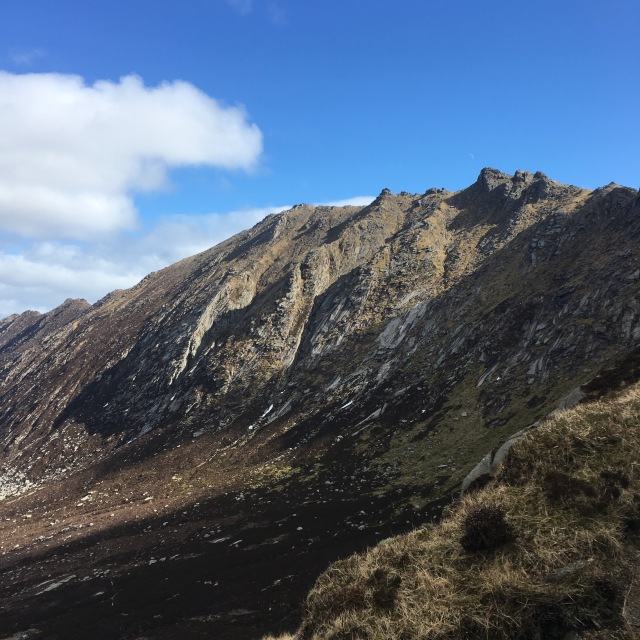