I visited the Shetland museum last week and was keen to find how local plants have been used to make rope, cordage and baskets (the Shetland word for rope is simmens). As well as reeds and straw I was interested to see that marram grass was used to make rope (see photo below).

Yesterday I had a go at trying to make some myself. I happened to be in Monifieth near Dundee yesterday so I visited the local beach and found lots of marram in amongst the dunes. Straight away I could see it would be good to use. It’s broad leaves have a similar structure as flax; the, New Zealand plant found in gardens all over Scotland, and a plant with long, strong fibres.

After experimenting with the stalks and roots and also dry leaves and green leaves I worked out that the best stuff to use was the broad green leaves. I split each leaf into two lengths then laid them end to end so that I had an even thickness. Then I began to twist the leaves to make two-ply cordage (see video).

It was really nice stuff to work with. Fairly malleable giving a nice even and consistent rope. Adding extra lengths of marram leaf was pretty easy as well. In about 20min I had made about 4 metres of rope. 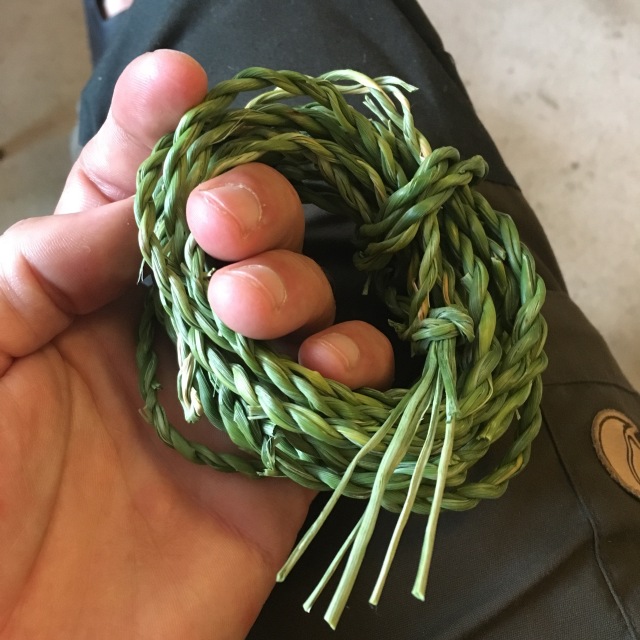 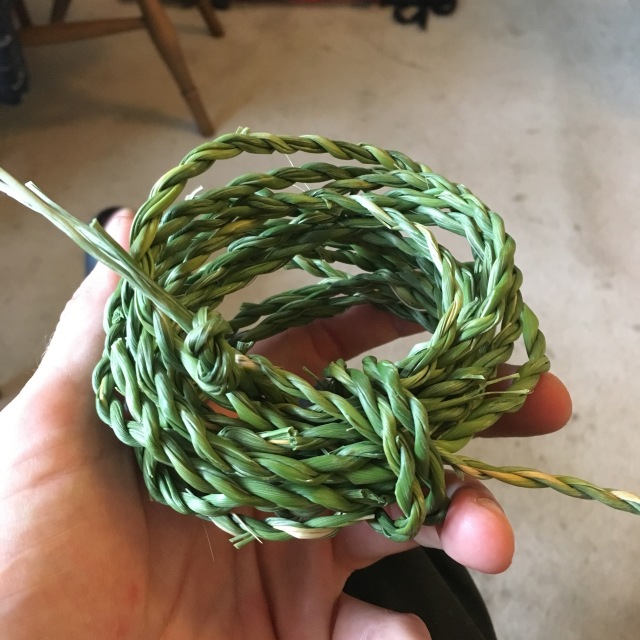 It’s a little narrower than the rope in the museum, which I think was used with four bits of leave rather than the two I used. Might try and make some more and see if it will work as a ridgeline for my tarp.

One thought on “Marram Grass Cordage”