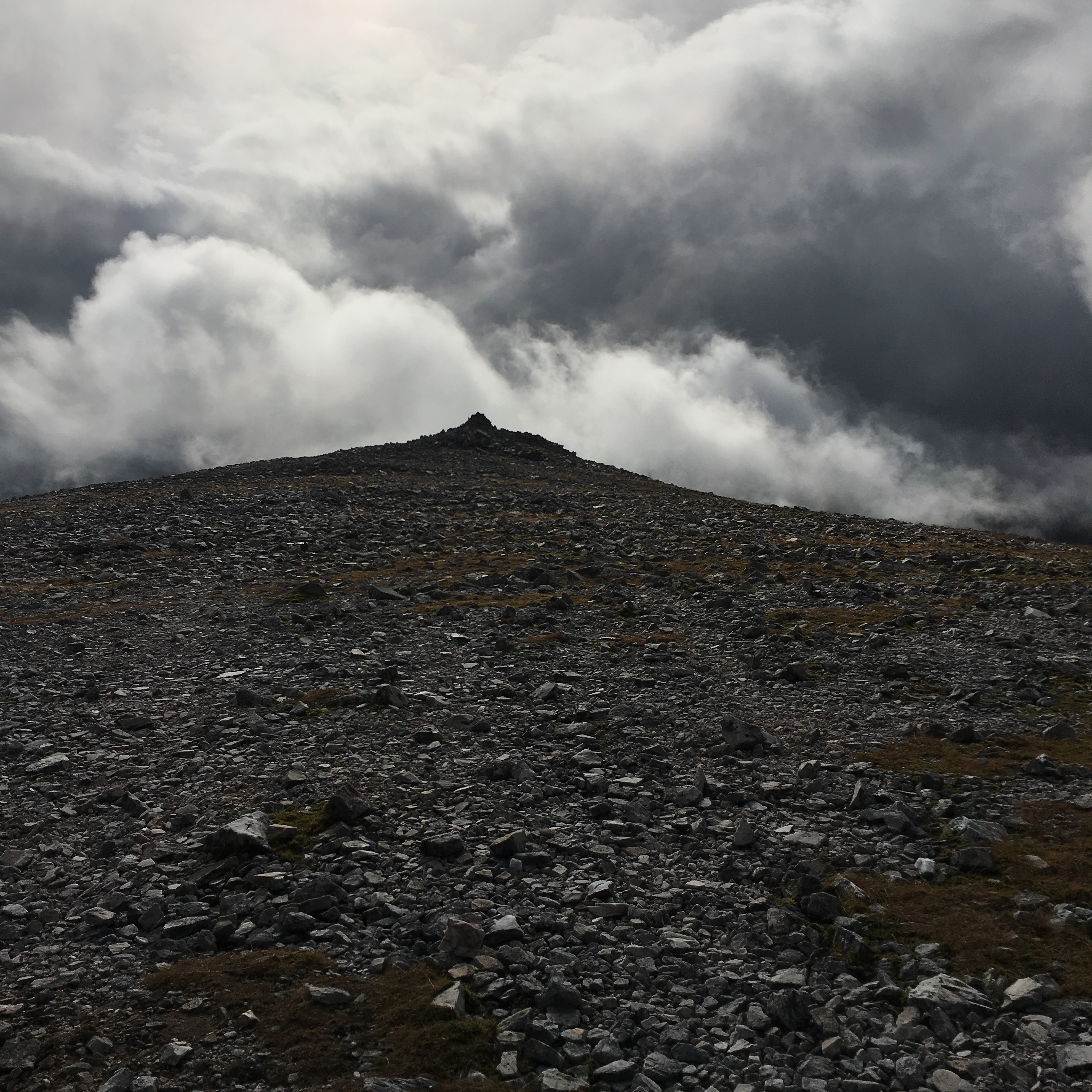 Whilst most were on their way to work last Monday morning I headed north, with Paul and Isaac, to Blair Atholl to hike up Beinn a’Ghlo.

After parking at Loch Moraig we headed up good tracks and paths, up through the mist, to Carn Liath, the first of the three mountain tops – all munros – forming the massive bulk of Beinn a’Ghlo. Although it’s a big day doing all three munros the rounded hills and broad ridges make it fairly straightforward. The main difficulties are a few rocky sections – walking on quartz boulders is always tricky – and a very eroded peaty section of path on the decent, by Allt Bealach an Fhiodha. Altogether it’s about 22km and you should allow 8-10 hours for the walk.

Beyond Carn Liath (meaning ‘grey rocky hill’) the ridge curves in an S shape to a bealach at 770m. Next comes a 300m uphill section – albeit – on good ground, up to the second Munro called Braigh Coire Chruinn-bhalgain (meaning ‘upland of the Coire of round lumps’). After that there is another descent and reascent to the third hill: Carn nan Gabhar (meaning ‘the rocky hill of the goats’).

We returned to the bealach between Carn nan Gabhar and Braigh Coire Chruinn-bhalgain to make our decent south off the hill. This section is very eroded now and there’s no let up from the boggy terrain until you reach a new path on the eastern slopes of Beinn Bheag. Once on this fab new path it was fast easy walking for 6km back to the start.

In the later afternoon the hill fog began to clear and we got some great views of the Mounth and northern Cairngorms. Beinn a’Ghlo offers a super day out on the hills, in summer and winter. 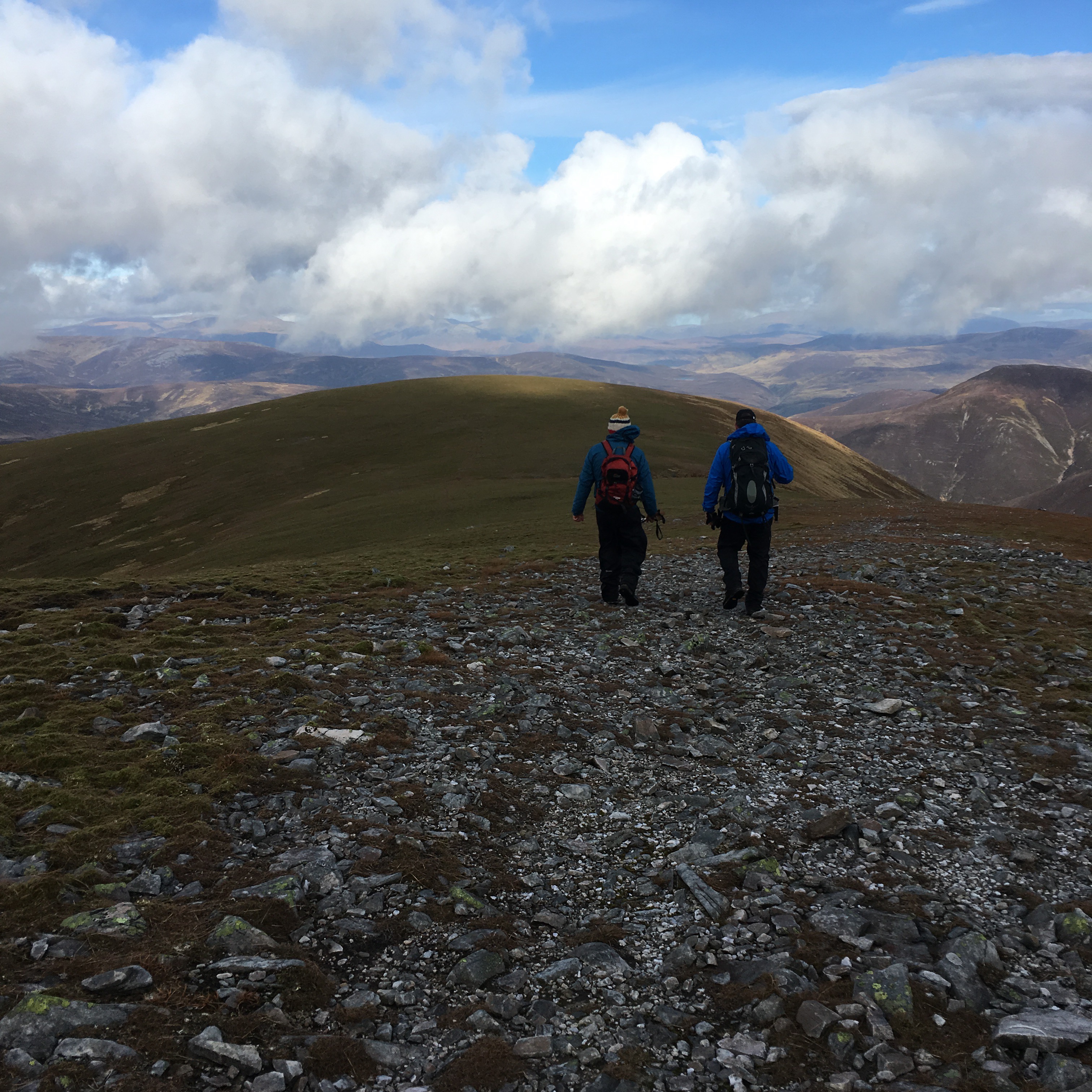 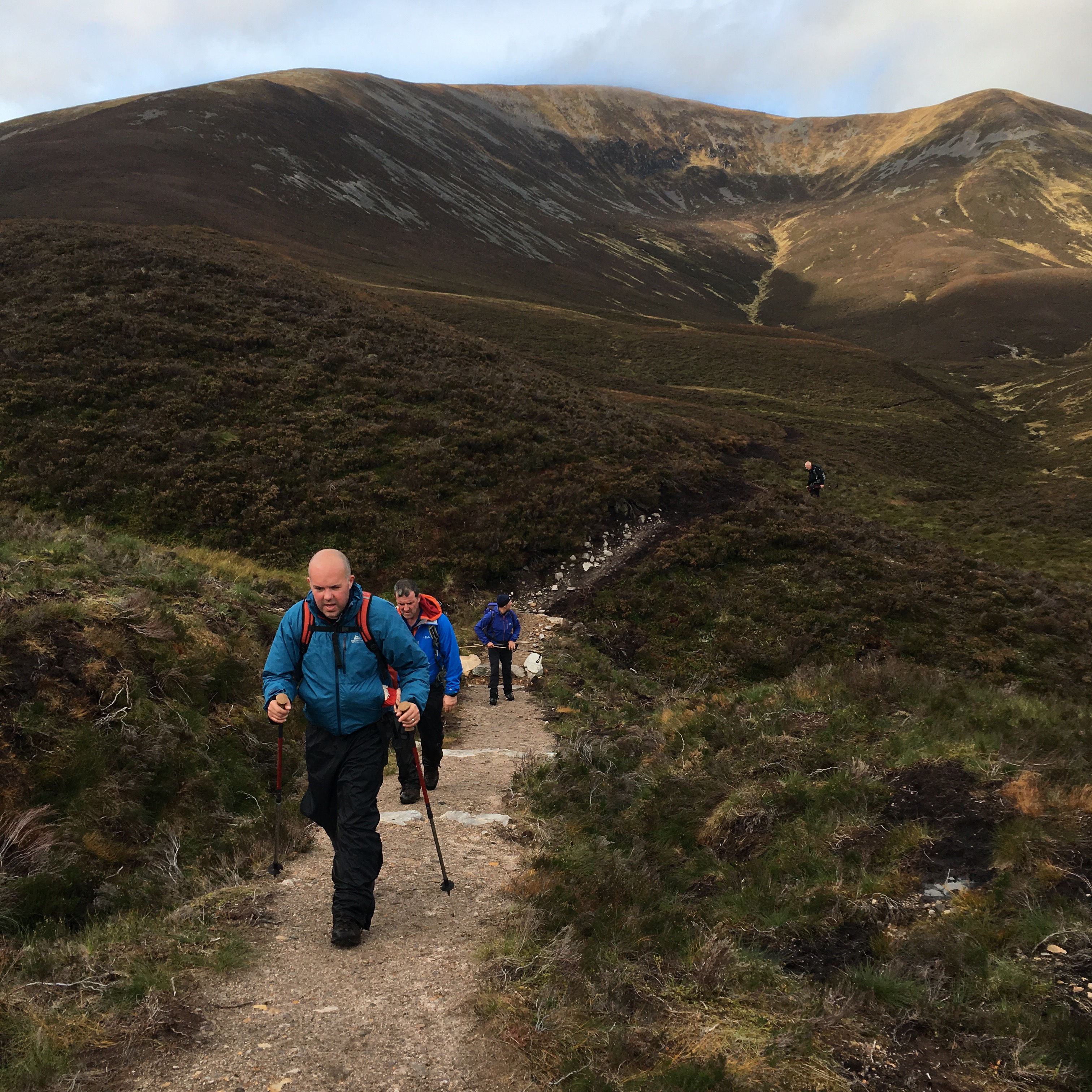