It was time for a holiday. I’d worked pretty much every day in May and June and was looking forward to a short break out west, to the Isle of Rum.

Rum is in the Inner Hebrides, one of four islands that make up the Small Isles; with Eigg, Muck and Canna. Rum is the largest, highest, wildest and least populated of the Small Isles. At one time it was a sporting estate owned by the hugely wealthy George Bullough, but in 1957 it was sold to the Government and is currently in the care of Scottish Natural Heritage, protected and managed as a National Nature Reserve.

Our ferry journey was choppy. I’ve done this trip before and seen passengers, initially excited by the roller-coaster motion, slowly succumb to seasickness. Positioned in the middle of the boat we faired not to bad, but it was tiring nonetheless. The highlight of the journey was seeing Manx Shearwater soar over the waves.

These waters and the island of Rum in particular is one of only a few places in Europe you can expect to see Manx Shearwaters. They’re closely related to fulmers and albatross and specialise in catching food from the surface of the ocean, gliding effortlessly over the waves.

We arrived early afternoon and decided on hike up two of the island’s principal mountains: Hallival (723m) and Askival (812m). The high hills – or Cuillin – of Rum are the remains of a 60 million year old volcano. Hallival and Askival are the core of that old volcano, composed of layers of intrusive magmas; gabbro and peridotites. Their geology offers both rocks that are grippy and good for scrambling but also a soft volcanic soil that’s ideal for the Manx Shearwater to burrow into and make their nest in.

Our route up Hallival was via Coire Dubh and a good path by Allt Slugan a’ Choilich, a mountain stream that’s the source of the island’s drinking water and it’s electricity, via one of the oldest hydro-electirc power stations in Scotland. From Coire Dubh our route went south east towards Hallival across rocky terrain rich in wildflowers. 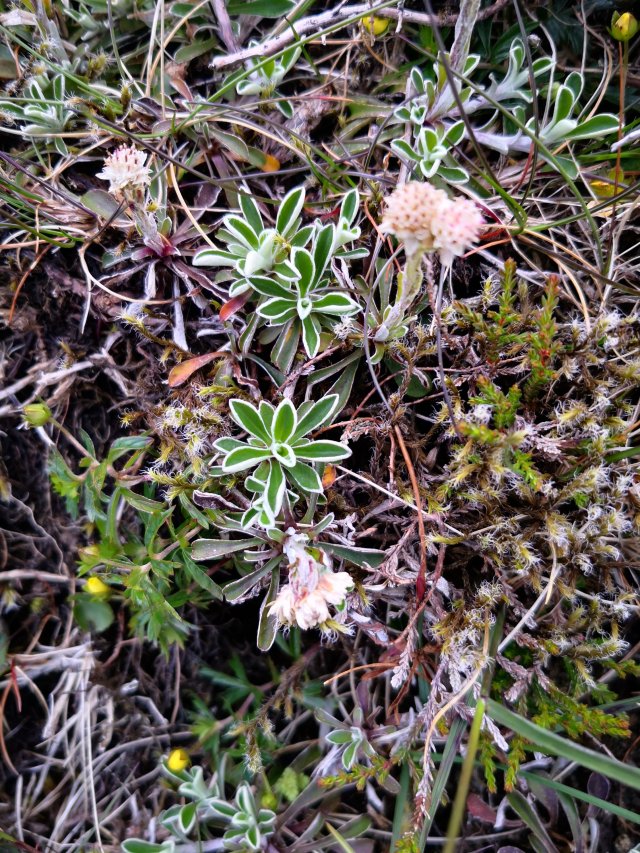 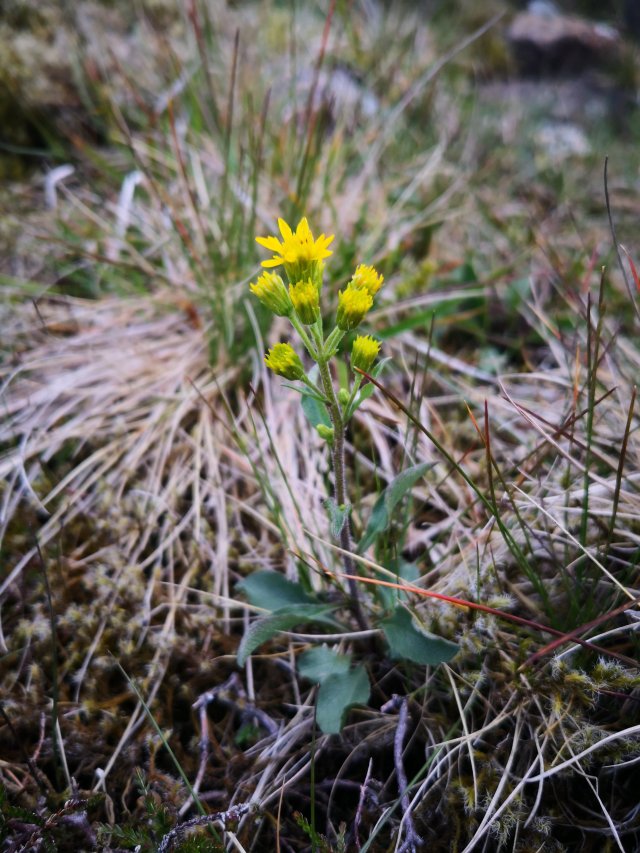 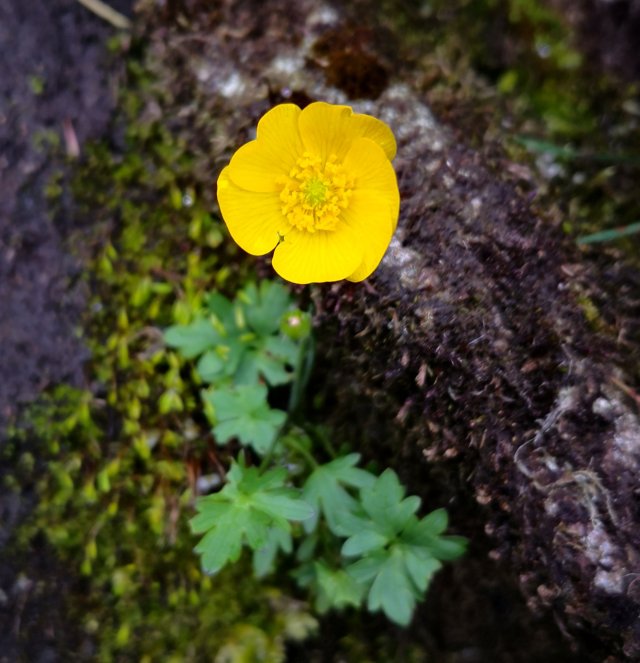 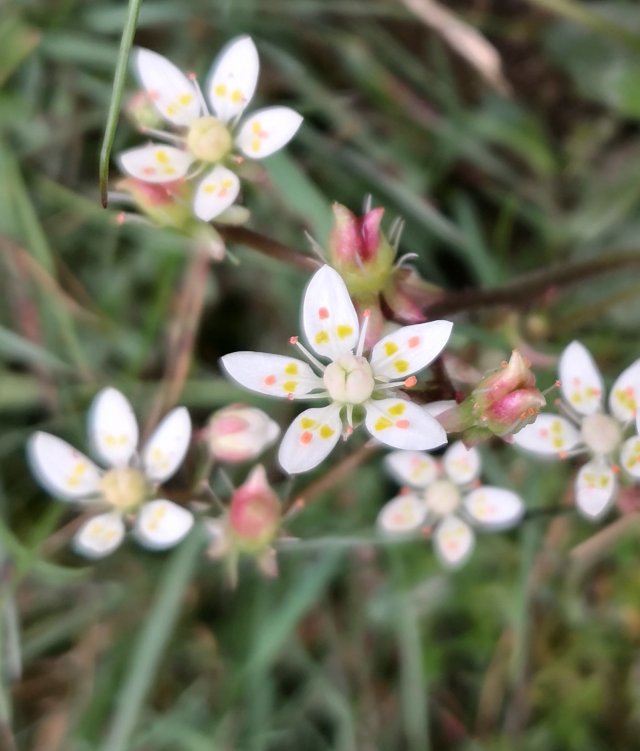 On our ascent of Hallival (and Askival) we also came across areas of verdant green grass. On closer inspection, amongst the grass, were burrows and white droppings, signs of the 100,000 breeding pairs of Manx Shearwater that nest in burrows in the soft volcanic soil of the mountains. The size of the colony is such that the droppings fertilise the soil and make the grass green! Walking along we also heard the occasional ‘cheep’ from the ground, the sound of young shearwater chicks. Its said that the sound of Manx Shearwaters below ground was mistaken by the viking residents of Rum 1000 years ago to be trolls, giving rise to the name of the neighbouring mountain of Trollval.

In places, high up on Hallival and Askival, we also saw Shearwater bones and an abundance of feathers, down and egg shells. I assumed this was the result of predators like ravens, gulls or eagles, but on doing some research later on I read, to my astonishment, that red deer are known to eat the Shearwater chicks. Maybe this explained the presence of some red deer we saw high on the mountain, seeking out, perhaps, a much sought after source of calcium. 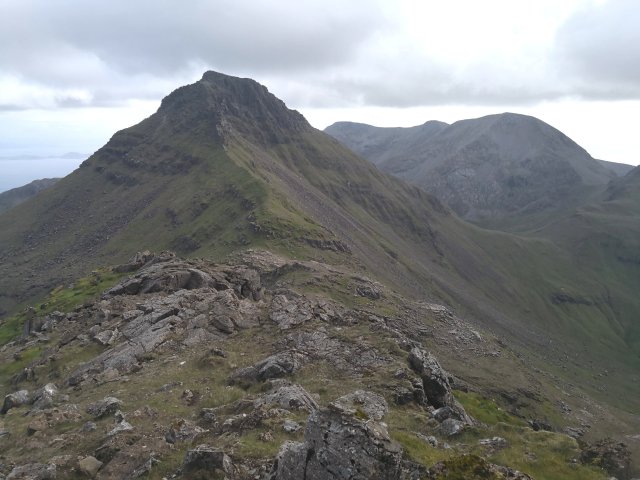 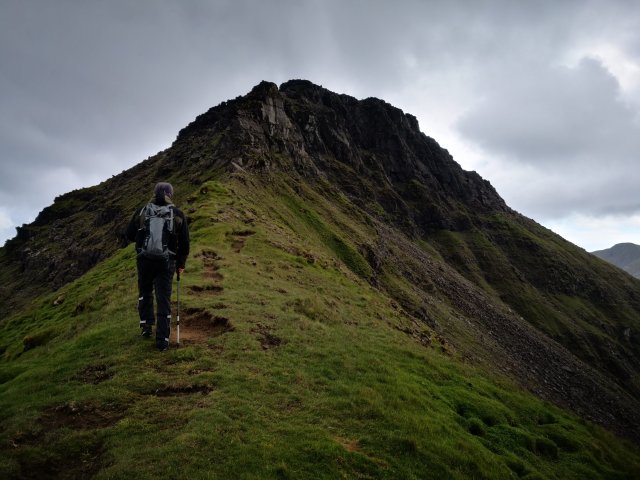 The final ascent of Hallival involved some easy scrambling. From the summit the views across to Skye, Barra, Knoydart and Eigg were fantastic.

Our descent from Hallival to the south and ascent of Askival involved some careful route-finding and some more scrambling, all adding to the enjoyment of these fantastic hills.

By the time we got to the summit of Askival, the highest hill on Rum and a Corbett, the cloud had thickened and the mountains looked dark and a bit foreboding. We descended to the east down some steep ground, following the tracks of some ‘bird eating’ red. Our route back to Kinloch was via Coire nan Grunnd to the east of Askival and Hallival. This big boulder strewn coire has a wild feel, devoid of paths and cairns. Wandering across it reminded me of trekking in Svalbard, in the high Arctic: a stark beauty, still, barren and boundless. 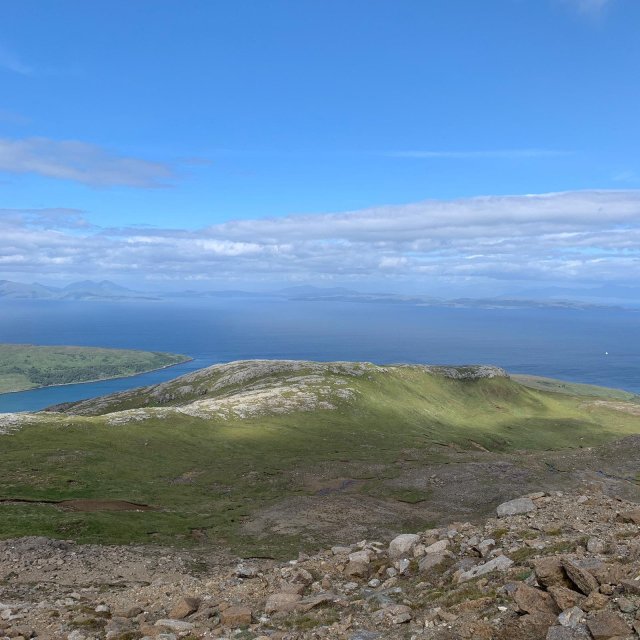 Below Coire nan Grunnd was the stalkers path that led North to Kinloch, about 45min away. In all our tour of these fine hills took 5 hours (about 16km and 1100m ascent).

As a footnote to this blog I though I’d share some photos of Kinloch Castle and raise some awareness of the worsening condition of this quirky but fascinating building.

Kinloch Castle was built in 1897 by the wealthy industrialist George Bullough as a fantastic Highland pleasure palace for his wife and a society friends, for parties, deer stalking and fishing. It’s decoration and furnishings were rich, opulant and exuberant: Japanese Bronze statues, an orchestion, all manner of stuffed animals, mahogeny wood panelling and captive exotic creatures like turtles, alligators and humming birds.

It’s value to some is questioned, being an example of the worst kind of Highland landlordism and a monument to colossal wealth and ego, but for me the building is a wonder and like stepping back in time. Sadly the building has been leaking and rotting away for years and years and unless something can be done soon to prevent further damage the only option may be for its contents to be sold, the roof taken off and its walls to stand as a ruinous monument to the past. The Friends of Kinloch Castle have a proposal, currently with Scottish Natural Heritage, to take control of the asset, fundraise, repair, conserve and generate revenue through visitor accommodation. My hope is that their proposal will be considered favourably and the community will get a chance to preserve and make use of the castle and collection for generations to come.